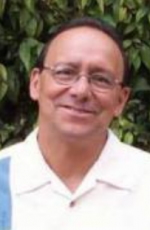 CARLOS MORTON has over one hundred theatrical productions, both in the U.S. and abroad. His professional credits include the San Francisco Mime Troupe, the New York Shakespeare Festival, the Denver Center Theatre, La Compa“Ãa Nacional de Mexico, the Puerto Rican Traveling Theatre, and the Arizona Theatre Company.

A former Mina Shaughnessy Scholar, Fulbright Lecturer to Mexico (1989-90), and Distinguished Fulbright Lecturer to Poland (2006-07), Morton also holds an M.F.A. in Drama from the University of California, San Diego. Since 1981 Morton has lived on the border between Mexico and the United States teaching at universities in Texas, California and Mexico.