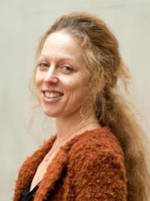 Ninotchka Devorah Bennahum, native of New Mexico, grew up watching the flamenco performances of María Benitez and Eva Encinas-Sandoval. Trained in ballet and music, Bennahum became a ballet dancer and choreographer and, subsequently, a dance historian and performance theorist. An Associate Professor of Theater & Dance at the University of California, Santa Barbara, she holds a Ph.D. in Performance Studies from New York University’s Tisch School of the Arts and a B.A. in History and Art History from Swarthmore College. Her first book, Antonia Mercé, ‘La Argentina’: Flamenco & the Spanish Avant-Garde (Wesleyan), is a biography of the great modernist Spanish dance artist La Argentina. Her second book, Carmen, a Gypsy Geography (Wesleyan 2013), traces a genealogical history of the Gypsy flamenca dancer from the lands of the ancient Middle East to Hispano-Arab and Sephardic Spain. In 2012, she co-edited with her mother, Judith Chazin-Bennahum, a global anthology of essays on movement and culture entitled The Living Dance (Kendall/Hunt). Currently she is writing a feminist history of American Ballet Theatre and co-editing an anthology of transatlantic flamenco scholarship on race and gender theory (McFarland 2015). She has written on dance and culture for The Village Voice, The New York Times, Dance Research Journal, The Denver Post, The Philadelphia Inquirer, The Albuquerque Journal/Tribue and Dance Magazine. Currently, she serves on the Board of Directors for the Society of Dance History Scholars, the field’s largest international body of artist-scholars.

In 1996, with Artistic Director, Kevin McKenzie and former Soloist Christine Spizzo, she initiated courses in global dance history for American Ballet Theatre’s pre-professional dancers. She went on to design a dance history curriculum for American Ballet Theatre and ABT’s Studio Co., ABT II. From 1996 to 2003, she served as Contributing Editor for Dance Magazine and in 2008, she won her first Rockefeller grant in digital music and choreography to teach children in economically fragile environments to make art. In partnership with the Brooklyn Academy of Music and, with a second Rockefeller, the Harlem School for the Arts, she initiated alongside graduate students both programs. She continues to teach dance, choreography and videography to children in communities throughout the area. She has choreographed over 40 ballets that have been performed nationally and internationally.

In 2013, she co-curated with K. Meira Goldberg 100 Years of Flamenco on the New York Stage at the Vincent Astor Gallery at Lincoln Center’s New York Public Library for the Performing Arts. Currently, she is working on a history of ABT and an art exhibition with Museum Director, Bruce Robertson on Postmodernism, Feminism and Art entitled, Radical Bodies: Anna Halprin, Simone Forti and Yvonne Rainer in California and New York City. (2015). Her greatest accomplishment is her 5 year-old daughter, Lulu, who brings infinite light and giggles to life.